I attended another Stop Killing Cyclists protest today which was calling for the Chancellor to invest 10% of the UK transport budget by 2020 in protected walking and cycling infrastructure.

The protest had been planned for a while, but took on additional poignancy in the light of more people being killed in London this week while walking and cycling - people like you and me just trying to go about their daily business.

"Protected infrastructure" is a very important point; we are talking about physical, tangible work to change our streets. Compare this with short-term (and relatively cheap) soft measures, advertising campaigns and personal protective equipment (aka hi-viz and helmets). On the one hand we have an approach which has a long life, will (with appropriate maintenance) be an inter-generational investment and it protects at a population level. On the other hand, we have an approach which is transient, short lived, only deals with the individual; and ultimately, has nothing to show for the money.

Changing our streets is controversial, sometimes technically difficult (but that's for engineers to sort out) and politically it seems to be a fight for every change; whereas, soft measures are an easy cop out because it doesn't deal with making decisions on space. The UK Government is not shy about investing our money in huge road schemes, huge railway schemes and the so-called nuclear deterrent; but it is nowhere to be seen on providing the lead on local, active transport.

All too often, funding for active travel is provided through local authorities bidding against each other for a derisory share from a derisory pot. This money is never the long-term investment which is needed and a fair bit gets used just trying to get schemes going. This is not a good way to invest and it certainly doesn't work that way for the big ticket national-level projects.

One of the speakers today talked about how cholera in the 19th Century was ultimately defeated by infrastructure investment. This echoes the 21st Century where our motor-transport system has created a public health emergency which will only ever be changed by infrastructure. Civil engineers are here to solve society's infrastructure problems; but the one thing we can't solve ourselves is the political issue. This is a group effort and it's why I was proud to be standing, with my 2-year old daughter, shoulder to shoulder with everyone else.

As is customary, I'll leave you with some photos of the day. 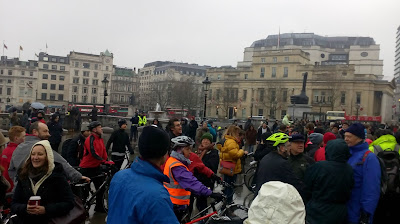 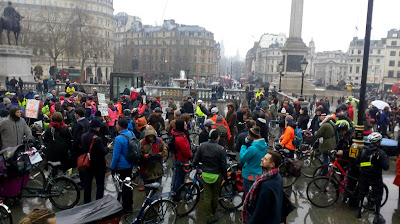 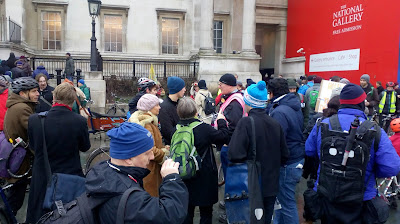 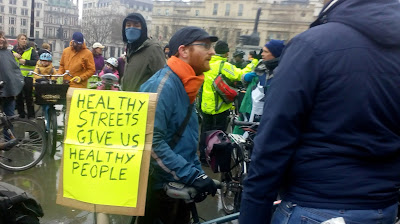 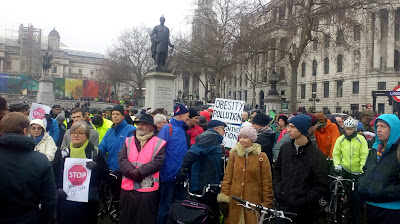 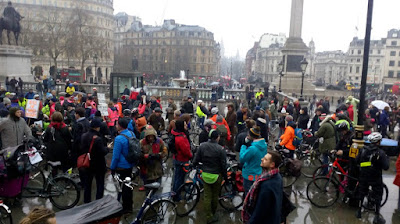 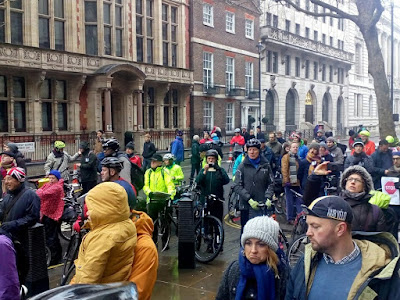 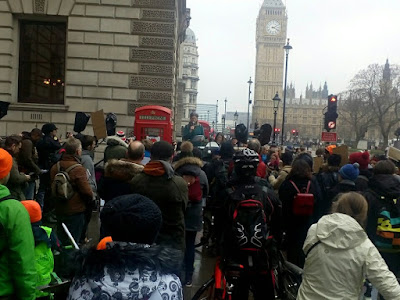 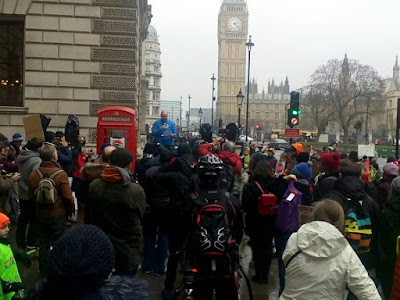 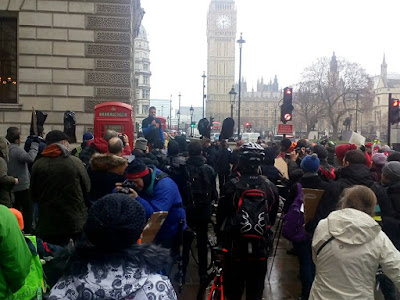 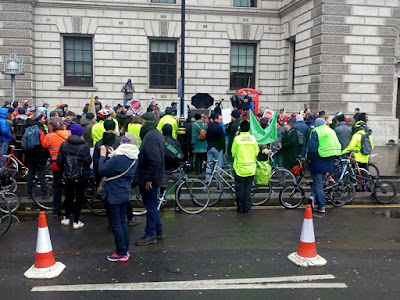 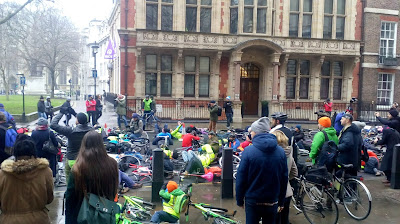 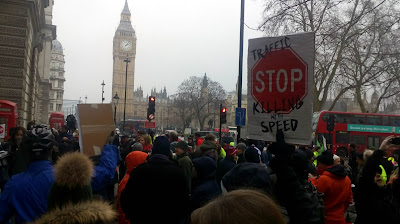 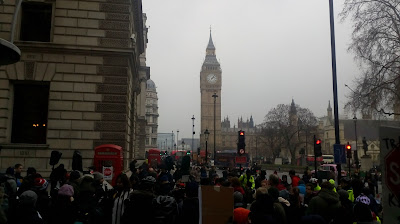 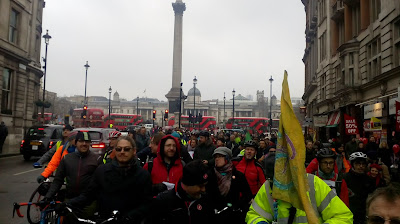 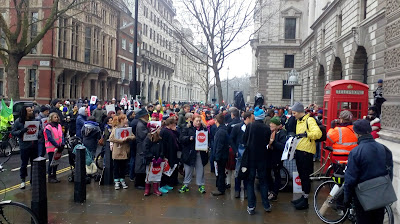 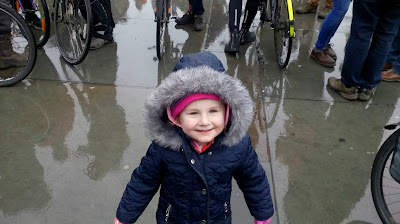 Posted by The Ranty Highwayman at Saturday, February 11, 2017