The Real Wipeout 2097 Is Rather More Sedate

There's a cheeky little traffic-free path which has been recently opened in Lewisham which wasn't actually a walking or cycling project. Oh yes, and it has a passing resemblance to a 20 year old computer game!

Bolina Road used to be a narrow and dingy cut-through which closed in 2013 to enable a major piece of civil engineering to take place to create a new railway junction on the approach to London Bridge Station in order to remove a bottleneck. Working with Lewisham Council, the opportunity was taken to rework the street passing under the railway to hugely improve the environment. More details are available on Network Rail's website.

The road was recently reopened to just people walking and cycling and the result is awesome. The new path is shared-use (because it narrows at an old tunnel), but it is plenty wide enough. The new bridges carrying the railways are clean, modern and functional, but they really help create a futuristic atmosphere; especially where they are lit with broody blue LEDs.

There is proper street lighting in place and the main route through the street has been machine laid with buff asphalt to really make the use of light and reflection. At night, it may well feel a little lonely, but that's a product of circumstance rather than design which has sought to open up clear views and minimise hiding places.

The route connects the residential area of Silwood Street and beyond with the area to the front of The Den, Millwall's ground (if you're that way inclined). If you are travelling south, just as you complete passing under the various tunnels, a ramp to the left takes you up onto the Millwall Path which is part of Quietway 1 and so this is a very useful transport link (it really needs some decent wayfinding though).

Anyway, I'll let some photographs do the rest of the talking! 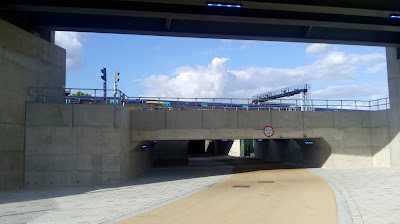 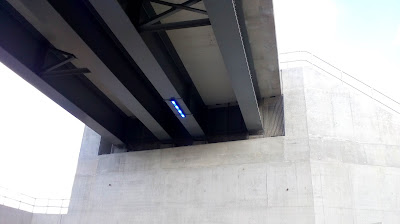 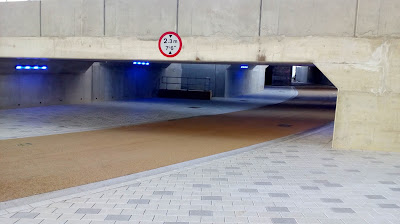 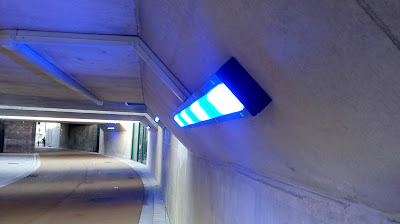 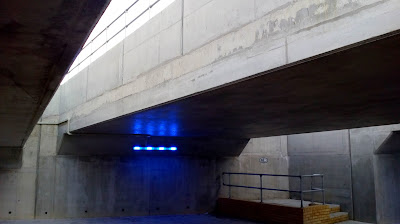 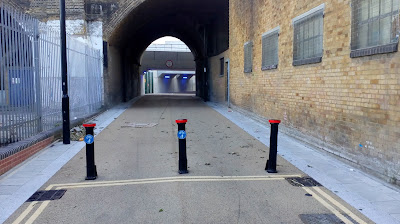 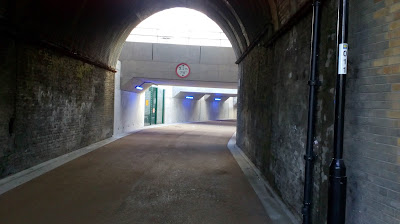 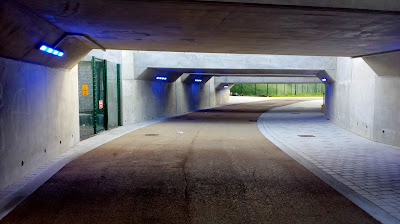 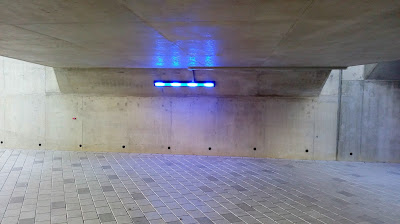 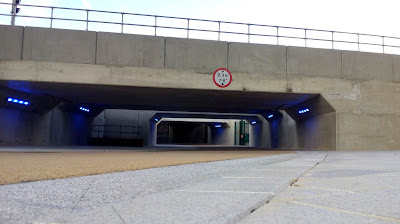 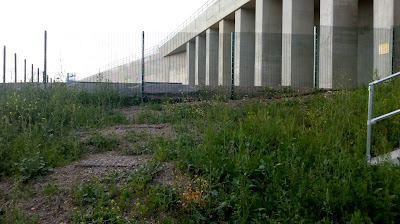 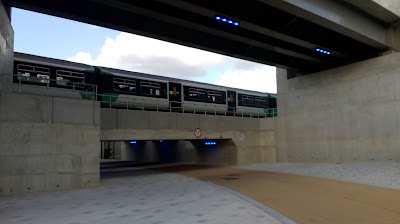 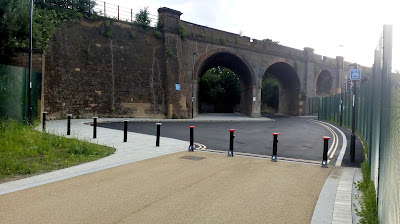 Finally, I'll leave you with a little video;

Posted by The Ranty Highwayman at Saturday, June 10, 2017