Long before I got interested in how our urban places are put together I read about the city of Freiburg in southwest Germany and more specifically, the neighbourhood of Vauban which was built as a low-car eco-development.

A few weeks ago I finally managed to visit as we'd picked Freiburg im Breisgau (to give the city its full name) as a camping stop on the homeward leg of our summer holiday. I'll write about the city another time, but for this week, let's have a look around Vauban. The neighbourhood is to the south of the city, about 3km southwest of the city centre. 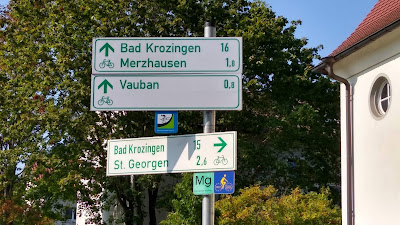 To get there, my son and I hired a couple of bikes from Donkey Republic, a system I used last year in Copenhagen and Malmö which conveniently had a virtual docking station at our campsite on the edge of the Waldsee neighbourhood to the east, arriving at about 11am on a Friday morning. 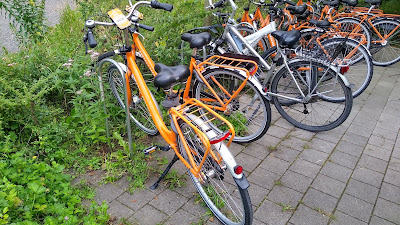 We cycled about 5.5km along a range of roads and streets which I'll cover in another post. We entered Vauban via the main street, Vaubanallee which runs roughly east-west through the centre of the neighbourhood. 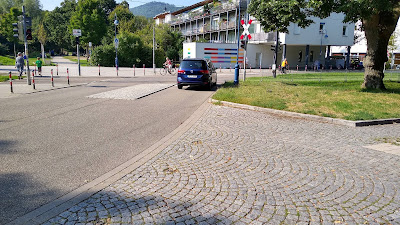 Vaubanallee does several things. Along the centre, there are a pair of tram tracks providing a connection to the city - they are actually one line because the route loops at the western end of the neighbourhood forming an interchange with a little bus station. The speed limit is 30kph throughout.

To the north of the tram line there a wide pedestrian boulevard within which cycling is permitted; 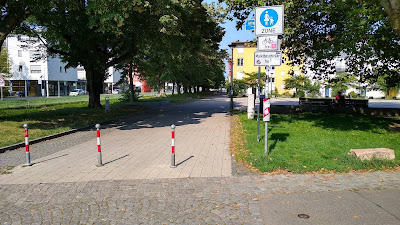 To the south of the railway line there is a carriageway providing access for motor vehicles; 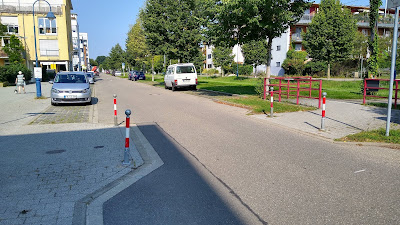 The key thing about the road layout is that it is completely filtered. You can drive into the neighbourhood and you can access the streets, but you cannot drive through. Modal filtering before it was famous!

The street layout has been designed in such a way that walking and cycling is welcomed everywhere. It is all shared-use, but because it is a fully accessible grid, there is not going to be any conflict to worry about; 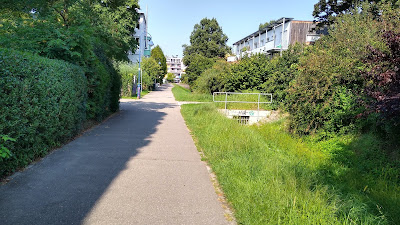 Motor traffic can access some streets off Vaubanallee, but drivers are guests because of the home zone approach taken with little loops for motors which removes the need for turning heads; 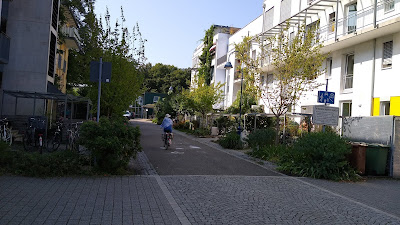 There were cars around and some parked up in the side streets such as this guy who was cleaning out his car; 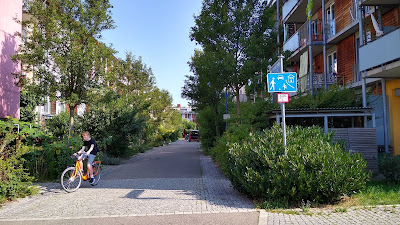 Even late morning, there were plenty of people about, mainly using cycles to travel and what was striking was just how quiet the place was; 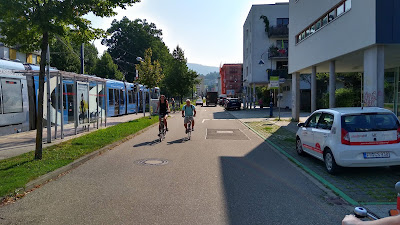 It's a mixed density development with flats and houses, but it is arranged in such a way that it feels open and spacious - not having wide roads for traffic and parking means more space for landscaping and greenery; 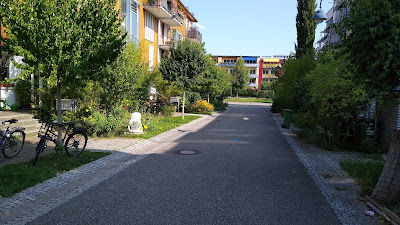 There is some on-street parking along Vaubanallee, including loading space, accessible parking, pay-and-display and e-charging; 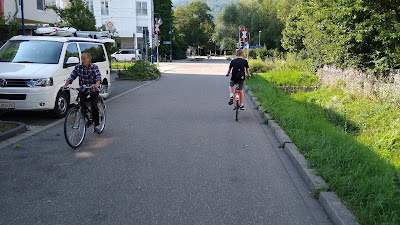 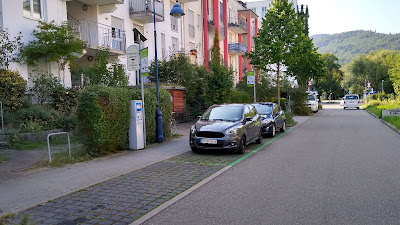 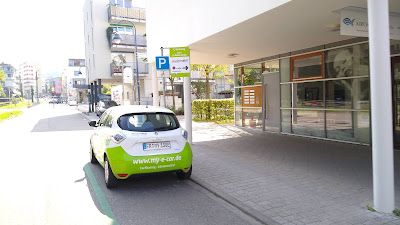 So, where are all the cars because Germany is not famous for being car-free. Well, Vauban is low-car rather than car-free because residents can own a car, it's just they can't leave it on the street, it has to be parked in a communal car park which they pay for, perhaps reflecting the true cost of storage. A city car club does allow people access to a car if they need one. 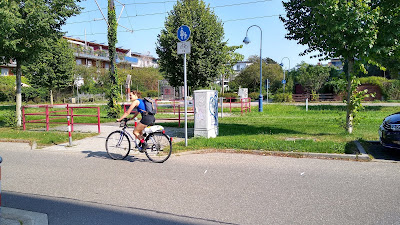 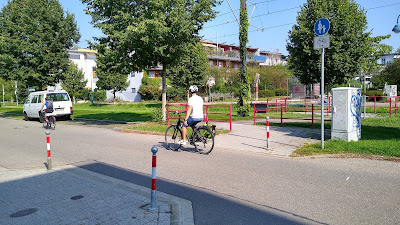 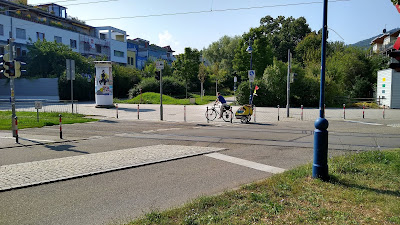 One other eco-feature within the street network is a series of swales do deal with surface water run-off; 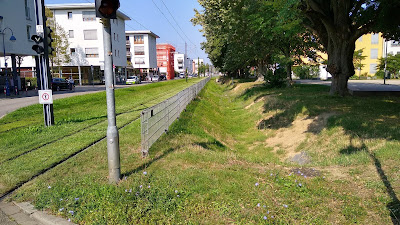 For more information on the background to the development, please look at Steve Melia's 2006 report of his visit. It's a fantastic concept, but it shows that decent public transport and access to cycling networks are required to give people genuine transport options. Definitely a place to spend time in if you get a chance.

Posted by The Ranty Highwayman at Saturday, September 14, 2019