The Search For The Traffic Light Tree

It's probably no surprise that I like looking at infrastructure and in fact, experiencing it. It's my professional interest and it makes me a better designer by working out why things were done a certain way.

This week, however, is pure indulgence because I went to look at something which serves no specific function in the street. I have a list of places or things I want to see (and write about) and one of those was the Traffic Light Tree. So, after finishing work for the week, I jumped on my trusty cycle and pounded the mean streets of East London in search of this wonder which I had so far only read about.

I nearly visited earlier this year when I had a bit of spare time after a conference at the ExCel because it's easy to get to from the Docklands Light Railway station at Blackwall, but heavy rain put me off. Fortunately the weather was kind for my cycle and so I headed down towards the A13 to pick up CS3 at Barking. 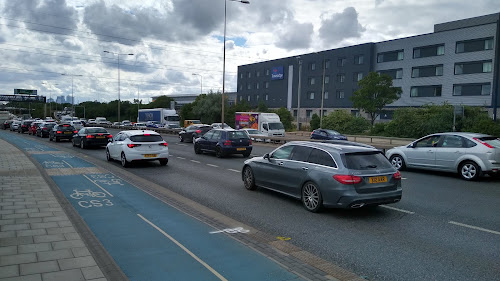 Following the relaxations to the Covid rules, the A13 has clearly returned to is congested, noisy and polluted state - I was listening to music to avoid the noise, but this section of the cycle route is a long and pretty uninspiring slog.

I followed CS3 as far as the western end of Naval Row where a right turn would take me along Poplar High Street and off into Central London (I'm kicking myself that I have passed this so often in recent years). This time I turned left and headed a short distance to Blackwall DLR station. I then headed to a network of subways and bridges which threads walking and cycling under the A1261 Aspen Way.

This little route varies from a wide an open underpass to a narrow and barrier-filled mess. I then popped up at Trafalgar Way and 100 metres later I had found what I had been looking for. 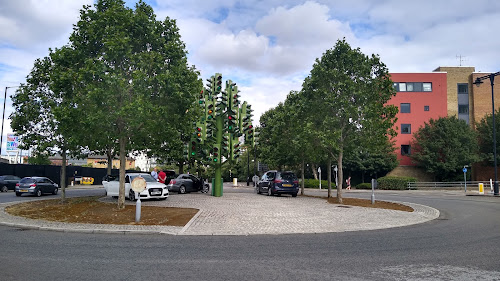 Unfortunately when I came to take some photos, there were mini-cab drivers parked up on the roundabout, but even so, it was a real joy to finally meet the Traffic Light Tree in all its glory. 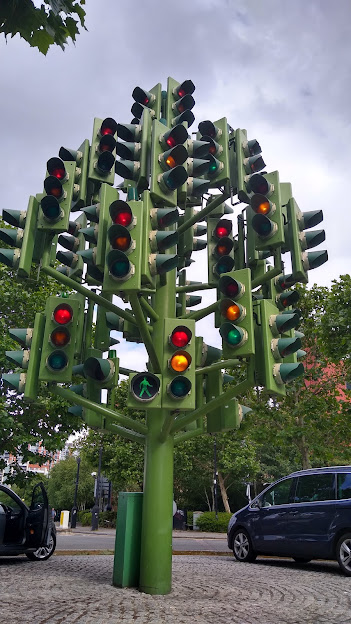 The artist who created the installation, Pierre Vivant, has a track record of devising unusual public sculptures. For the traffic geeks, he developed a sculpture at Cardiff known as the Magic Roundabout which is a series of objects made from traffic signs. It's fun, but in my view, nowhere near as striking as the Traffic Light Tree.

There's something disconcerting about the installation (at least in my highway engineer's mind). It's almost as if one of the thousands of traffic signal assemblies has actually taken root and spouted a series of bracket arm branches with tricolor clusters of flickering fruits on each one. It goes against the ordered and designed layouts my mind expects and I guess that's why I've found it to fascinating. 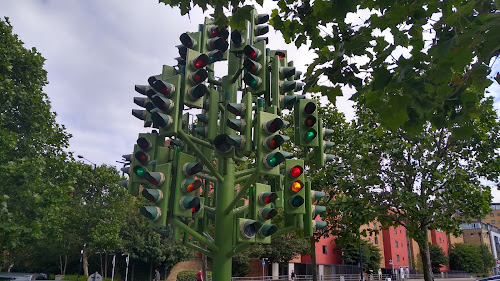 So that's pretty much it. I've aching legs from the trip, but it was worth it to tick this quirky piece of street infrastructure off my list. Of course, I now need to pop back at night to see it against a dark sky. I'll leave you with a short snippet of film showing the sculpture in action - and to the road safety auditors out there - don't have nightmares!

Posted by The Ranty Highwayman at Saturday, June 20, 2020