OK, Seaton is in Devon, but our recent camping trip was based in Dorset! This week is the third and final part of this mini-series where I pick out the interesting bits of streets and transport stuff from the trip.

Seaton is a pleasant little town on the south coast of Devon which contains a surprising transport oddity. First, the town itself has a nice little pedestrianised core, although it really should be updated to allow cycling given that permit holders with motor vehicles can access it (below). 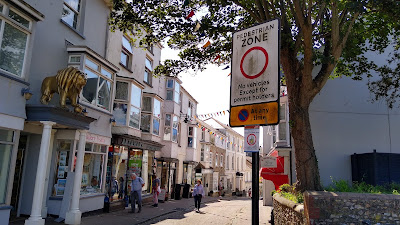 In common with many old towns and villages, the core layout is completely human scale and walkable with everything in proportion for foot traffic. 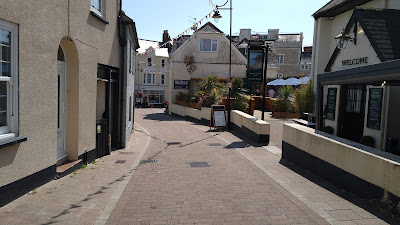 This pedestrianised part of the town is another great example of using traffic management to allow those who need access for loading or absolutely necessary parking while keeping the space for people. 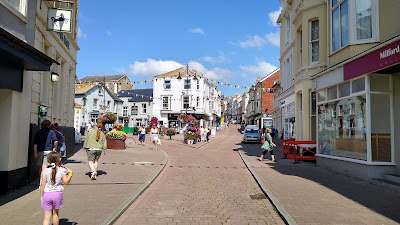 For some reason, the benches in the town centre have snakes holding up the slats, maybe a little hint of some local quirkiness? 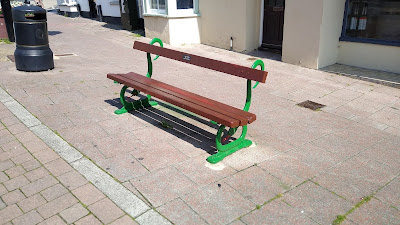 To the south of the town centre, there's a beach which is somewhere between a faded seaside promenade and new development with the quirky public art marking flood gates in the sea wall (below). 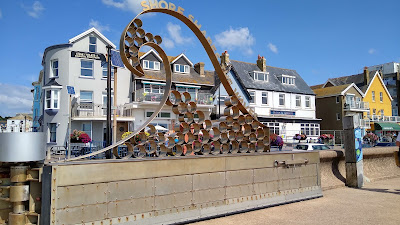 To the east of the town centre, there is more modern development with a couple of large supermarkets and the main town car park. It is here that one must go to for a real surprise - the Seaton Tramway.
This transport oddity is actually a double piece of heritage because for the most part, the tramway is a repurposed section branch line of the London & Southwestern Railway which ran between Seaton Junction and Seaton itself as the town became a holiday destination. By the mid 1960s, the branch had closed along with the first piece of it's history.
As the railway closed, Claude Lane negotiated a purchase to establish an electric tramway which opened in 1970 (lots more detail here) with an extension to the town centre coming a few years later. So we have the second piece of heritage, because it is now 50 years old! 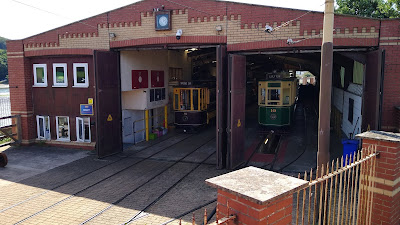 Above is a photograph of the tramway's maintenance depot which is right on the eastern edge of the town next to the River Axe. The extension to the town includes the southern terminus which was rebuilt and enlarged just a couple of years ago (below). 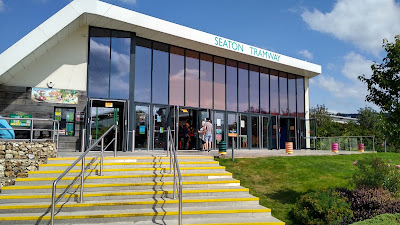 The Tramway is a narrow gauge light railway and it carries all sorts of trams which were purpose built by the company, including modern units from the mid 2000s. In the photograph below (left to right) we have 2006, 2004 and 2007, all three being low floor and wheelchair accessible. 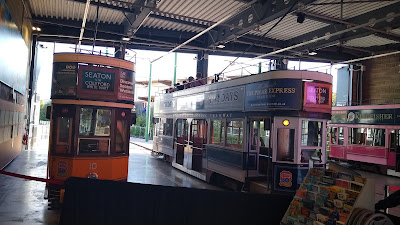 There is even a level crossing on the A3052 Swan Hill Road which is operated by the tram driver; 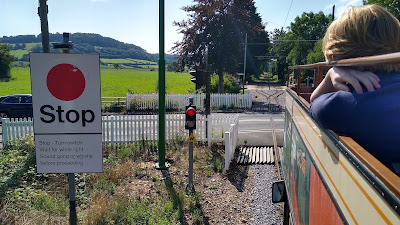 It's the kind of thing that gets me thinking. If an entrepreneur can build a little tramway like this for tourism (with newer units being wheelchair accessible), are there any lessons we could take away from this to create other tramways for transport? 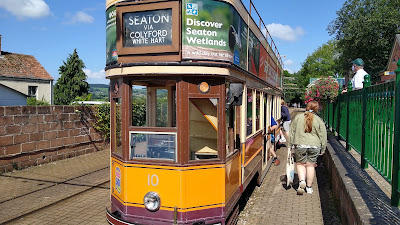 Could narrow gauge tramways actually be built to different internal space standards to provide very light railways? The stairs to the top of the Seaton Tramway aren't exactly easy for everyone to use, so maybe some multi-car single deck units would be better. Could such tramways even operate autonomously to provide short connections between edge-of-town stations and town centres or tramways through town centres where motor traffic is otherwise banned for those needing a little more help (it's being thought about by Coventry City Council). 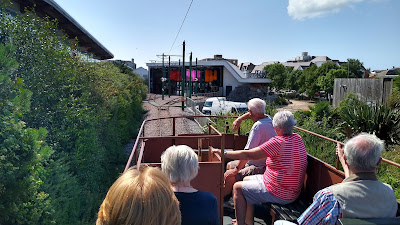 The Seaton Tramway is a little piece of quirky tourist folly, but I think there is something here to look more closely at, especially as this narrow gauge could get us into some historic street layouts. As ever, there isn't often anything new in transport.
Posted by The Ranty Highwayman at Saturday, September 11, 2021